The University of Rome ‘Tor Vergata’ began teaching in 1982. Designed on the model of Anglo-Saxon campuses, it occupies an area of approximately 600 hectares. This particular extension has made it possible to develop each of the six Macroareas into separate structures, built in large dedicated spaces.
The University is strongly committed to promoting the international dimension of studies and research, both in its undergraduate and doctoral programmes. There are also joint research programmes (thematic and interdisciplinary), academic exchanges and agreements for the mutual recognition of training credits with the world’s most prestigious universities, with over 800 agreements (bilateral and cultural/scientific cooperation).
“Tor Vergata” is working hard to develop multiple lines of activity related to the “third mission”, thanks to which it creates stable processes of direct interaction with civil society, institutions and the business community, with the aim of promoting culture, social innovation and territorial growth. 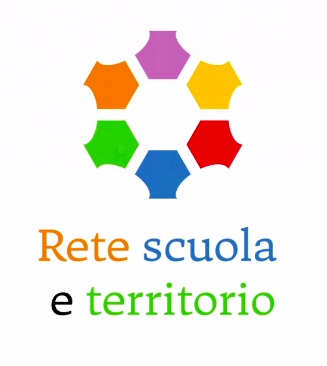 Our school is the leader of a network of almost 60 schools, that includes more than half of the educational Institutes in Verona and province and some schools belonging to other Italian regions. The experienced network teachers work with students up to 18 years of age. Students will be able to share every step of the project during its development in order to keep it alive and updated for all schools, teachers and general users. Translation into the main European languages ​​studied is also possible (in addition to English, Italian, Spanish, German, French, Chinese and Russian). A constant confrontation among teachers will be necessary to verify the effectiveness of the atlas. 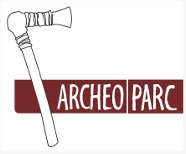 The ArcheoParc is an archaeological open-air museum with a visitor center in Val Senales valley in northern Italy.
The subject of the exhibitions and the daily programs is how Ötzi the Iceman lived here in the Alps 5,300 years ago and the nearby glacier-site where he was found. The leadership of the institution is delegated to a private association, the “Archeoparc Senales associazione museale”.

The Department of Cultural Heritage carries out studies and research in the field of knowledge and valorisation of Cultural Heritage at national and international level as a training centre but also as a research, consultancy and service centre. The University Department have the objective of the dissemination of the results coming from the research, especially those concerning the archaeology and the history of its territory, through the implementation of web accessible databases and GIS systems and through seminars and conferences.

The museum’s itinerary takes you to the heart of the history of writing. It highlights the work of Champollion, born in Figeac in 1790, and how he unravelled the mystery of hieroglyphics. Based on his work, the collections tell the story of the fabulous adventure of writing that began 5300 years ago. They invite you to take a journey through the cultures of the whole world by exploring the key moments in the history of writing: its birth, the invention of alphabets and the history of the book up to the writing of the digital age.

The Spanish National Research Council (CSIC) is a State Agency for scientific research and technological development, with distinct legal personality, its own patrimony and treasury, functional and managerial autonomy, full legal capacity and indefinite duration.
It is the largest public institution in Spain dedicated to research and one of the most renowned of the European Research Area (ERA). It is ascribed to the Spanish Ministry of Science and Innovation through the General Secretariat for Research.

Zaragoza Museum is a national museum in the Plaza de los Sitios (Zaragoza, Spain). Its collections range from the Prehistory to the modern era and include archaeology, fine arts, ethnology and Iberian ceramics. It is the city’s oldest museum and its main building -housing the fine arts and archaeology display- is the Neo-Renaissance structure designed for the Spanish-French Exhibition of 1908 by Ricardo Magdalena and Julio Bravo.

This old pavilion of the 1908 Universal Expo is the setting for the museum, which is divided into two large sections: Archaeology and Fine Art. In the first you can find objects that go from prehistory through to the Moorish period. Worthy of special mention are the Celtiberian bronzes from Botorrita and Latin inscriptions, a head of Augustus from Tarazona, and archaeological remains from Aljafería Palace. In the Fine Art section, there are works from the 12th century to the contemporary period, with an especially outstanding ensemble of Gothic painting, and numerous canvasses by Francisco de Goya.

Aragon Delegation of the Spanish Society for Classical Studies (SEEC)

The main objectives of the Spanish Society for Classical Studies (SEEC) and his delegation of Aragón (ARASEEC) are: 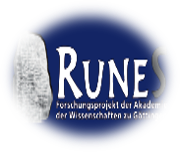 The Göttingen Academy hosts research projects funded by the Union of the German Academies, in this case the RuneS project. The research units of the projects are affiliated to different universities, in the case of the RuneS research unit Eichstätt-München the Catholic University of Eichstätt-Ingolstadt and the LMU Munich.

We use cookies on our website to give you the most relevant experience by remembering your preferences and repeat visits. By clicking “Accept”, you consent to the use of ALL the cookies.
Cookie settingsACCEPT
Manage consent

This website uses cookies to improve your experience while you navigate through the website. Out of these, the cookies that are categorized as necessary are stored on your browser as they are essential for the working of basic functionalities of the website. We also use third-party cookies that help us analyze and understand how you use this website. These cookies will be stored in your browser only with your consent. You also have the option to opt-out of these cookies. But opting out of some of these cookies may affect your browsing experience.
Necessary Always Enabled
Necessary cookies are absolutely essential for the website to function properly. These cookies ensure basic functionalities and security features of the website, anonymously.
Functional
Functional cookies help to perform certain functionalities like sharing the content of the website on social media platforms, collect feedbacks, and other third-party features.
Performance
Performance cookies are used to understand and analyze the key performance indexes of the website which helps in delivering a better user experience for the visitors.
Analytics
Analytical cookies are used to understand how visitors interact with the website. These cookies help provide information on metrics the number of visitors, bounce rate, traffic source, etc.
Advertisement
Advertisement cookies are used to provide visitors with relevant ads and marketing campaigns. These cookies track visitors across websites and collect information to provide customized ads.
Others
Other uncategorized cookies are those that are being analyzed and have not been classified into a category as yet.
SAVE & ACCEPT